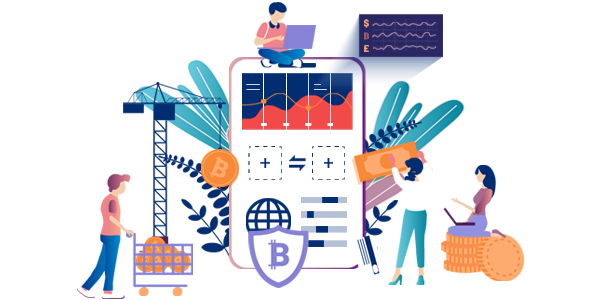 Ethereum is a Blockchain based public-ledger which has completely revolutionized the way people perceive the blockchain. Ethereum is used to build any kind of smart contract. It is designed for the development and deployment of decentralized applications. Ethereum applications are performed through a proof-of-work, means every computer on the network comes to an agreement about the transaction before it is getting any approval. All our Ethereum developers utilize agile methodology to design and develop apps. They understand the updates and changes happening on Ethereum Blockchain in advance. We ensure to assist organizations in leveraging their business by implementing Ethereum technology.

Until relatively recently, building blockchain applications has required a complex background in coding, cryptography, mathematics as well as significant resources. But times have changed. Previously unimagined applications, from electronic voting & digitally recorded property assets to regulatory compliance & trading are now actively being developed and deployed faster than ever before. By providing developers with the tools to build decentralized applications, Ethereum is making all of this possible. 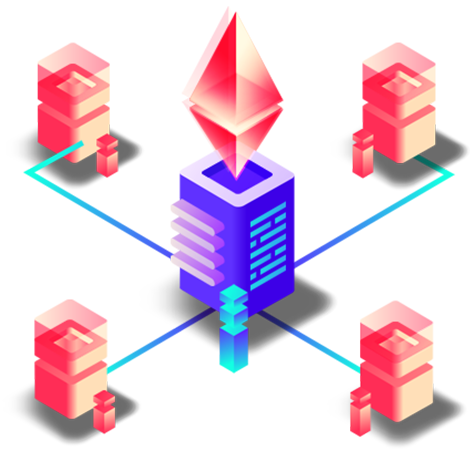 Before the creation of Ethereum, blockchain applications were designed to do a very limited set of operations. Bitcoin and other cryptocurrencies, for example, were developed exclusively to operate as peer-to-peer digital currencies.

Developers faced a problem. Either expand the set of functions offered by Bitcoin and other types of applications, which is very complicated and time-consuming, or develop a new blockchain application and an entirely new platform as well. Recognizing this predicament, Ethereum’s creator, Vitalik Buterin developed a new approach.

Ethereum’s core innovation, the Ethereum Virtual Machine (EVM) is a turing complete software that runs on the Ethereum network. It enables anyone to run any program, regardless of the programming language given enough time and memory. The Ethereum Virtual Machine makes the process of creating blockchain applications much easier and efficient than ever before. Instead of having to build an entirely original blockchain for each new application, Ethereum enables the development of potentially thousands of different applications all on one platform.

WHAT IS ETHEREUM AND WHAT CAN IT BE USED FOR? 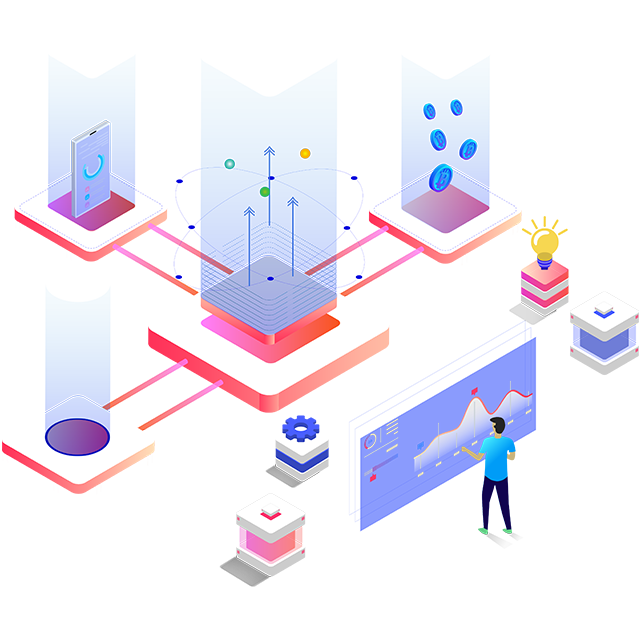 Ethereum can also be used to build Decentralized Autonomous Organizations (DAO). A DAO is fully autonomous, decentralized organization with no single leader. DAO’s are run by programming code, on a collection of smart contracts written on the Ethereum blockchain. The code is designed to replace the rules and structure of a traditional organization, eliminating the need for people and centralized control. A DAO is owned by everyone who purchases tokens, but instead of each token equating to equity shares & ownership, tokens act as contributions that give people voting rights.

WHAT ARE THE BENEFITS OF A DECENTRALIZED ETHEREUM PLATFORM?

Because decentralized applications run on the blockchain, they benefit from all of its properties.

A third party cannot make any changes to data.

Apps are based on a network formed around the principle of consensus, making censorship impossible.

With no central point of failure and secured using cryptography, applications are well protected against hacking attacks and fraudulent activities.

Apps never go down and can never be switched off.

Despite bringing a number of benefits, decentralized applications aren’t faultless. Because smart contract code is written by humans, smart contracts are only as good as the people who write them. Code bugs or oversights can lead to unintended adverse actions being taken. If a mistake in the code gets exploited, there is no efficient way in which an attack or exploitation can be stopped other than obtaining a network consensus and rewriting the underlying code. This goes against the essence of the blockchain which is meant to be immutable. Also, any action taken by a central party raises serious questions about the decentralized nature of an application.